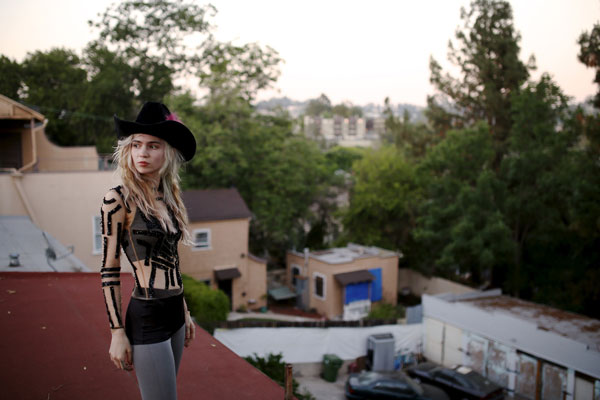 The past couple of days were huge for indie music lovers. Not only did FKA Twigs release a hypnotizing video for the song “Two Weeks”, ethereal Canadian singer Grimes dropped the track “Go” produced by Blood Diamonds. Though it’s a slight departure from fan-favourites Genesis and Oblivion (apparently the song was initially written for Rihanna), we’re still very excited for the follow-up album to Visions as we had gushed about our love for her in this latest tweet!

A true visionary, Grimes art directed the above picture with her brother behind the lens. She cites as inspiration:”an anime elf assasin who is a big fan of Dolly Parton and Patsy Cline”. Spoken like a true artist centered in authentic self expression. For that, we’re going to give “Go” a second, third, and fourth try! Agree? Listen here.